With a flurry of new NHI regulations breaking ground in 2017, medical aid schemes in South Africa are under pressure with an uncertain future. However, one thing is always guaranteed – price increases.

Discovery Health has announced that customers can expect a rather large increase to contributions in 2018, with the weighted average coming in at 7.9% across its plans.

This increase is not as large as the jump seen in 2017 (where the average was 10.2%), but remains high above inflation, which is around 6% this year. However, Discovery maintains that the increase is below medical aid inflation – the indicator it uses to decided its price increases for medical aid schemes – which is estimated to be at 9% this year.

The group said that its rates are currently 15.1% lower than its competitors, and it expects that this gap will widen in 2018.

Along with the price increases, Discovery Health clients can also expect enhanced offerings, it said, with improved maternity and child benefits, and extended international health coverage for members on the Executive scheme.

Other new benefits include over-the-counter cover for Schedule 0-2 medicines on the Smart plan, and increased limits on all benefits (in line with each individual plan-specific contribution increase).

The group will also introduce a new technology platform called DrConnect, which will allow members to connect directly with a network of health professionals from smart devices. The platform uses AI to connect 105,000 doctors with millions of patients around the world to answer health questions. 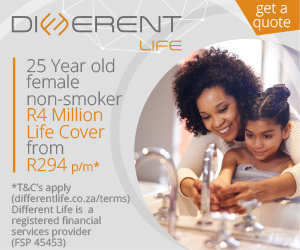 Medinol is one of the few purpose-built practice management application to meet the unique needs of independent private healthcare providers.

As an on-premise software, Medinol and the data it manages, is fully under your control. This enhances your independence and privacy: what happens in your rooms, stays in your rooms.

Medinol helps manage your patient information, generates your billings, submits your claims, controls your outstanding debtors, and get your accounts paid quickly.

Medinol has been in operation since 1984, demonstrating its proven efficacy.

Medinol’s mission is to help independent practices succeed in an ever-changing healthcare environment.

More information can be found at https://medinol.co.za.